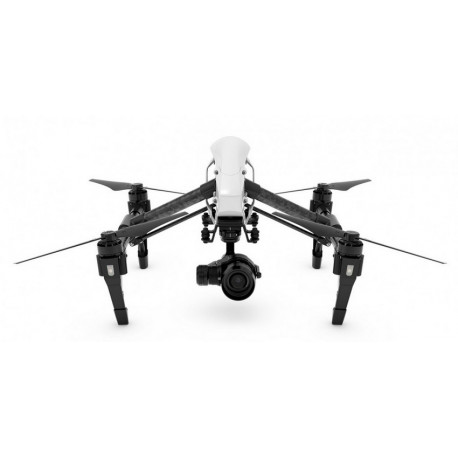 We can't offer you this product at the moment. - View other similar products

For legal entities, the guarantee is 12 months

Sorry, this product is available only on Special order.

You can order it now and our employee will contact you with details of the delivery time within the next business day.

The DJI Inspire 1 PRO's camera is equipped with a Micro Four Thirds CMOS sensor and a lens mount for Micro Four Thirds lenses and a 3-axis stabilization system. The camera records microSDHC / SDXC cards and is able to send 720p real-time signal to a mobile device using the DJI GO app, to a monitor or FPV glasses with HDMI input.
Unlike many other fixed landing gear models, the Inspire 1 offers a folding landing system. During flight, the arms are lifted to provide unobstructed 360-degree view. It is possible to attach a second remote control so that one operator can focus on piloting while the other controls the camera.

The Inspire 1 is equipped with a GPS-based stability system that is able to hold the position of the aircraft even in interference, to compensate for some of the pilot's errors, to automatically return the drone to its original position and to allow the use of various semi-automatic modes. flight. The Inspire 1 is also equipped with an optional indoor and outdoor flight monitoring system.

Ready to fly
The Inspire 1 is equipped with everything you need to fly shortly after being removed from the box - no complicated assembly required.

Live HD View
The Zenmuse X5 camera sends 720p HD real-time signal with a range up to 1.9 km, which can be viewed on a mobile device or an HDMI monitor.

The signal can also be output via the FPV glasses via the built-in HDMI port on the control panel. A tablet or smartphone stand is included.

Folding carbon chassis
When the Inspire is on the ground, the chassis shoulders are in their lowest position. When the drone is in flight, they can be raised to provide a 360-degree view of the camera.

Aerodynamic design
The design of the Inspire 1 is designed not only to look good, but also to minimize air resistance, which extends battery life and flight time.

Mobile control application
From manual camera settings to flight telemetry - even automatic take-off and landing - all of this is available through the Inspire 1 mobile app.

Real-time map and radar
See exactly where your Inspire 1 is at any time. The location map can be enlarged as needed by showing the last route.

Dynamic Home Point
The Home Point is automatically updated all the time while a GPS signal is available to the control panel.

Flexible control
Set the control panel functions to your liking for maximum convenience.

Double control
Inspire allows the use of two control panels at the same time, allowing anyone to focus on their task - the control of the aircraft or the camera.

We can't offer you this product at the moment. - View other similar products