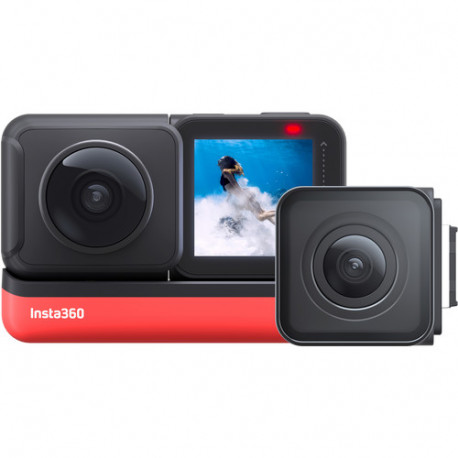 Order it now and we will send it tomorrow

Free delivery
for orders above 50 lv 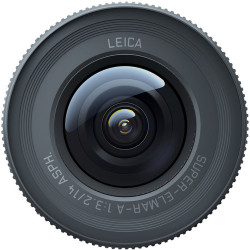 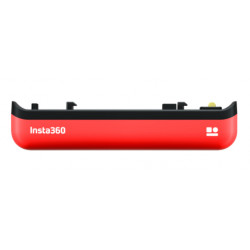 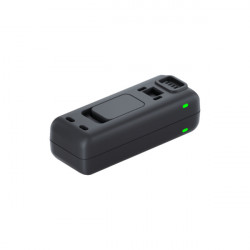 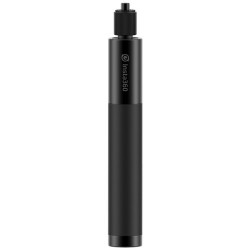 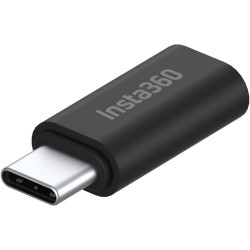 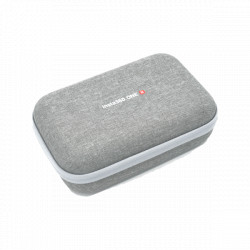 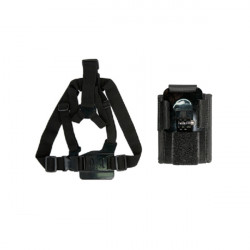 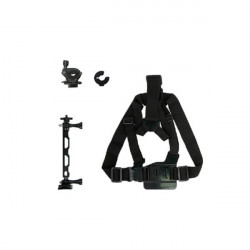 Twin Edition includes Core ,   4K Wide-angle module, 360-degree module with 2 lenses and Battery Base that connects and holds the modules together. The main module is the "processor" of the system and is equipped with a touch live-view display with controls. All other modules are interchangeable and so in one system you get an action camera and a 360-degree spherical VR camera, all in ultra-compact form. Instead of having cameras for different applications, you can simply swap the module you need.

Depending on which module it is used with, the screen of the main module can be adjusted differently. When used with the 4K Wide Angle Module, the screen can be adjusted for front or rear viewing and allows you to shoot standard 4K videos as well as selfies and vlog videos. When shooting with the 360-degree module, you can slide the screen in all directions to see your photo from all angles and get a full 360 ° view.

The battery base connects the two modules to work together as one. You also have a mounting frame that fits the entire configuration and that allows you to attach the camera to various additional accessories, including those designed specifically for this system. All modules, including the battery, are waterproof up to 5 meters (additional underwater box for greater depth is available separately).

You have the ONE R app for iOS and Android, which you can download for free and which offers you a wide range of features for easy automatic editing, including 360- degree footage .

The system also allows you to add an external microphone via Insta360 USB Type-C to 3.5 mm adapter.

Other features of the ONE R include support for remote control with Apple Watch application or the special GPS remote Insta360 ( GPS Smart Remote ), both sold separately.

The ONE R Twin Edition transforms in motion from a 360-degree camera to a 4K 60 fps wide-angle camera, so you always have the right tool to capture the action .

Extremely stable and smooth video, even in low light conditions.

Together with the 360-degree module, it allows you to take unique shots from a high or side point of view.

Waterproof up to 5m

Track your subject 360 ° with a single touch of the screen or with a voice command without touching your camera at all. Even if the target disappears behind an obstacle, ONE R resumes tracking when the subject is back in the frame. In addition, voice control allows you to start / stop recording and take pictures.

Order it now, and we will send it tomorrow
Free Shipping
Price: 999,00 BGN
BUY Leasing

Applying for a leasing

Now you can take this product on leasing only 1% monthly cost!

Apply quickly and easily on the spot at our stores or online.